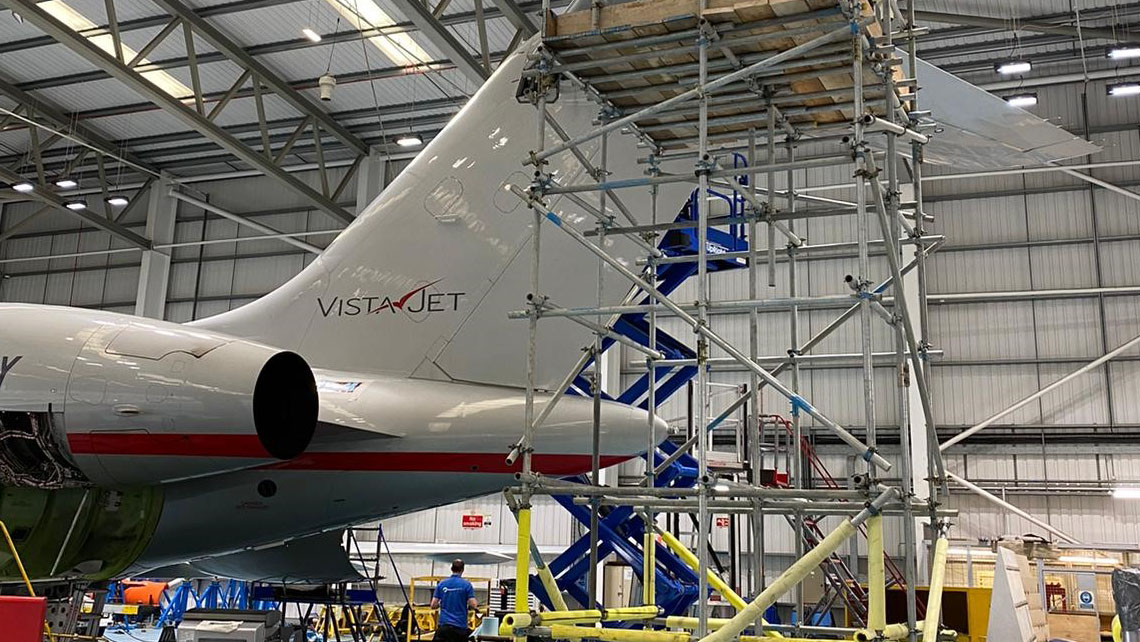 tbf Scaffolding took on a specialist job at Luton Airport, building scaffold under an aeroplane’s tail.

Scaffolders from tbf erected a structure that could comfortably hold the weight of the jet’s tail, allowing engineers to safely replace a bolt as part of routine maintenance.

The job, for Harrods Aviation at Luton Airport, had a quick turnaround: the scaffold was erected on 16 July and taken down on 18 July.

tbf was a good choice for the unusual work, as the firm has worked on plenty of off-beat projects. Recent highlights include scaffold for the Spirit Yacht’s renovation, and the construction of a ramp for one of Top Gear’s stunts.

This was the first time tbf have worked with a grounded aeroplane, but hopefully not the last – the team say they’re keen to take on similar jobs following this success.