Commercial Scaffolding in Ipswich for the Queen House Offices 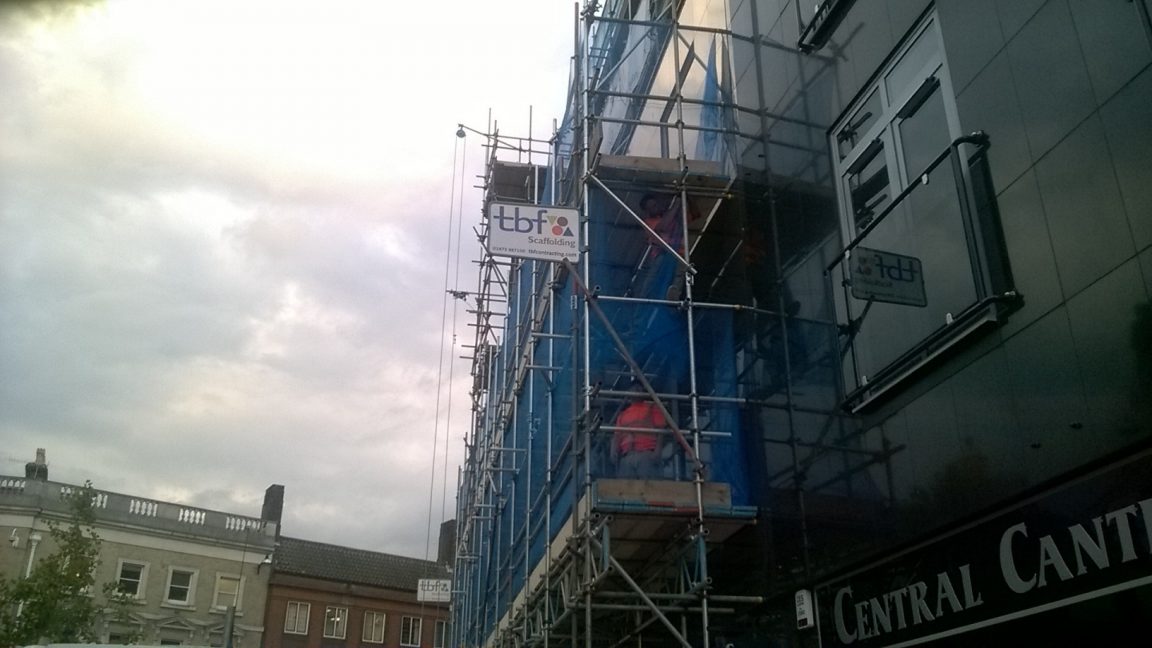 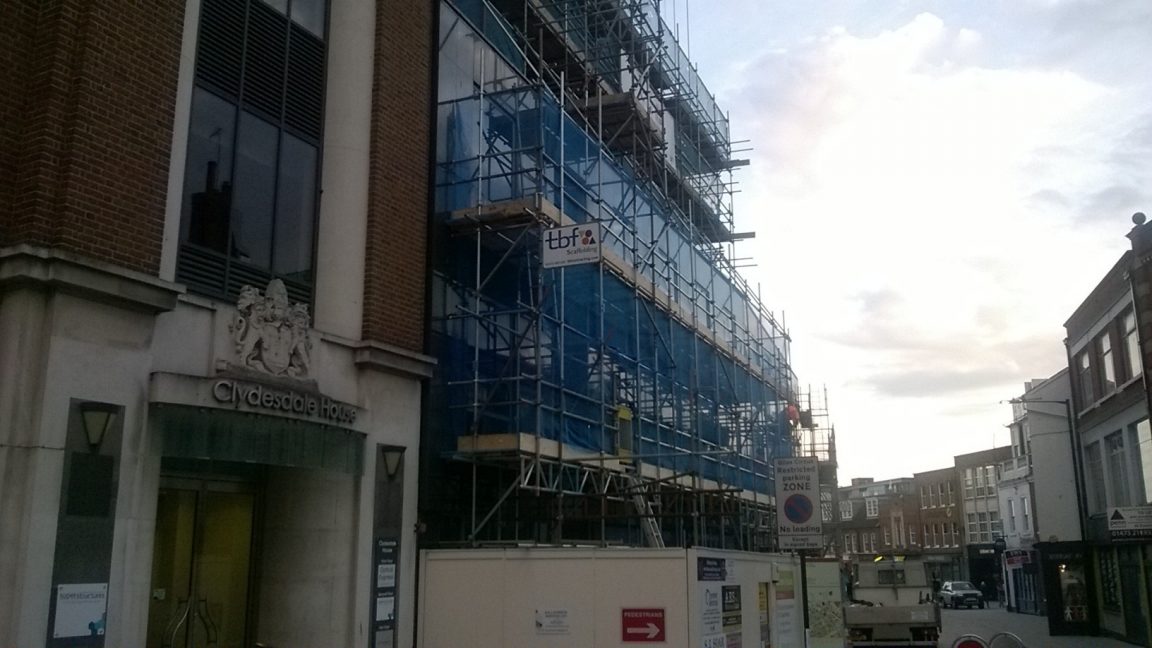 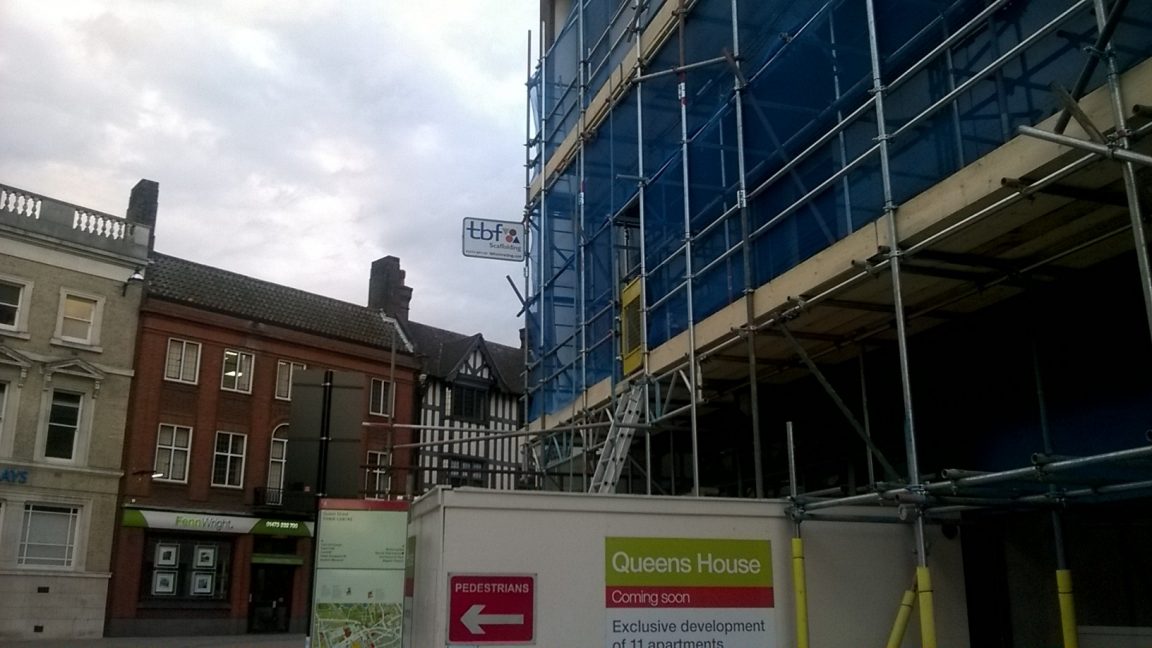 In May 2017, Colwyn Developments asked us to provide commercial scaffolding in Ipswich for their project on Queen Street.

They were converting the Queen House offices (formally headquarters of the Britannia Building Society) into flats and needed a reliable scaffolding company to erect scaffolding to the front elevation of the building.

The ground floor of the building was to remain a branch of the Co-op bank, so it was important the public could still gain access to the building.

We overcome this by erecting 5 scaffolding lifts with ladder beams over the shop entrance to allow people to easily get in and out. Plus, we erected a further 3 lifts to the top section balcony.

There were various modifications being made to the building, including refurbishment works to the front of the building and installation of new windows.

We erected scaffolding to the rear of the building from the ground level all the way up to the roof level.

One of the big requirements of this project was to ensure there was no damage done to the marble exterior. To get around this we tied the scaffolding through the windows of the building to prevent any damage.

We also erected Handrail edge protection to the top, middle and lower roof at the rear of the building to allow for a falls arrest – ensuring the men can work safely.

Throughout this project we had to have a scaffold pavement licence in place from Suffolk County Council due to the scaffolding being erected on a public highway.

This licence required renewal every 8 weeks which involves the scaffolding being re-assessed to ensure public safety.

We then dismantled the scaffolding when the project successfully commenced in December 2017.