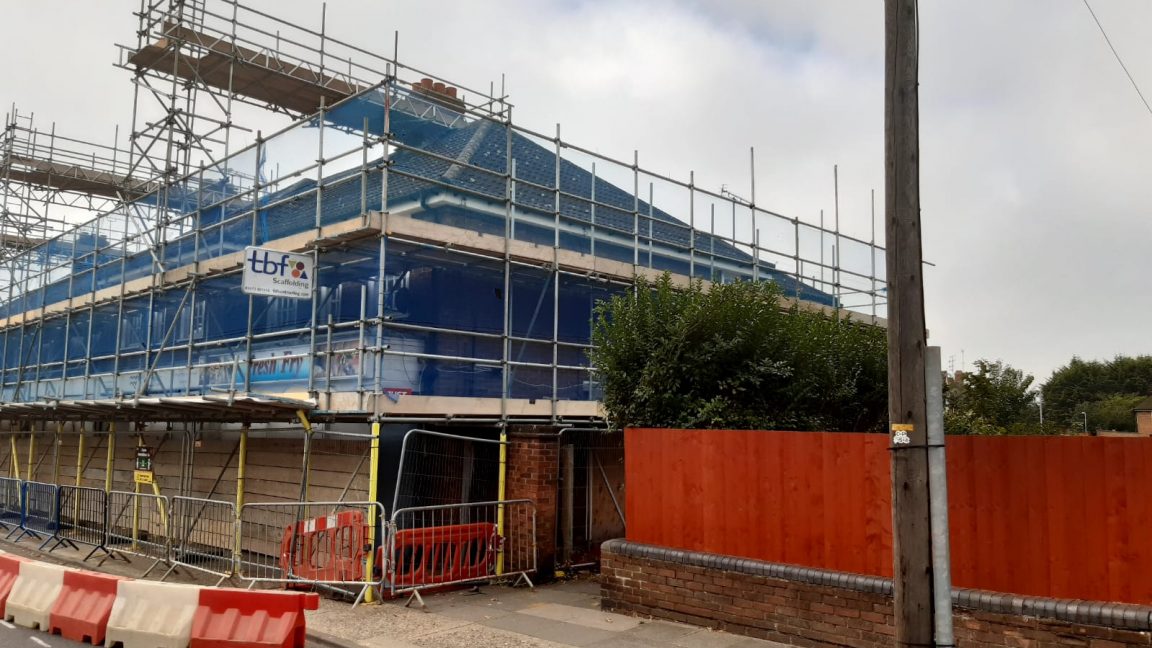 This scaffold was erected along several shops along Grimwade Street, Ipswich. The old retail units are set to be demolished – making way for two blocks of flats.

The client, Clarke Demolition, has worked with tbf Scaffolding many times in the past, and reached out directly for this work.

The scaffold took three scaffolders five days to erect, and is expected to stand for approximately a month to allow for the demolition works.

Ipswich Council debated converting the existing buildings into flats, but the cost of renovations would have made the cost-per-flat higher than demolishing and building the blocks from scratch.

The new homes, to be leased as council flats, will be well located near the waterfront and train station.