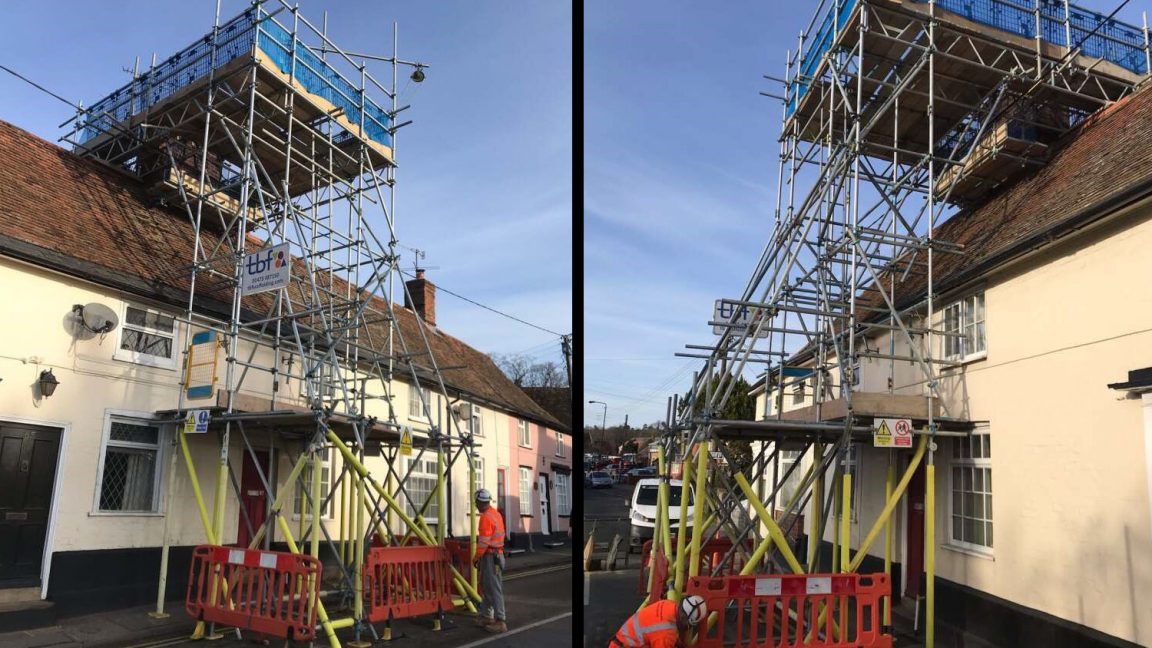 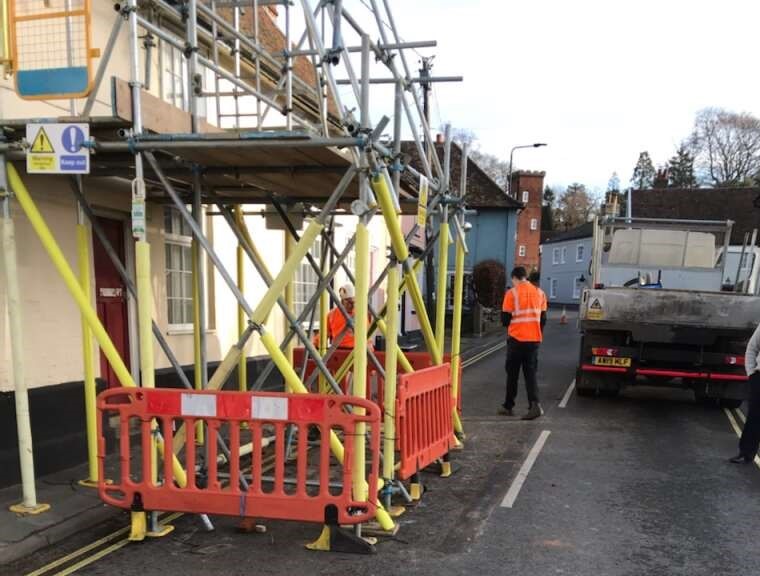 A prompt and professional response to the incident

Storm Ciara, which hit the UK with winds of up to 97mph, damaged properties across the country. tbf Scaffolding was called to erect emergency scaffold in Melton, Suffolk, after extreme winds dislodged bricks from the bottom of a house’s chimney stack.

The missing bricks made the chimney unstable. Had it collapsed, the danger to walkers and drivers in the area would have been huge. The police closed the road and commissioned G C Robertson and Associates to carry out a structural survey.

tbf Scaffolding was in turn called by G C Robertson and residential lettings agency Stix. Within 18 hours of the initial phone call, the scaffolding company had three scaffolders on site. The workers dealt swiftly and safely with the urgent situation.

It took just two days to build emergency scaffold that included a supportive buttress. This not only enabled roof access but prevented further debris from falling to the ground – a pressing concern, as Storm Dennis was due that weekend.

The scaffold remained safe through the winds and will stay until the chimney has been safely demolished and rebuilt.