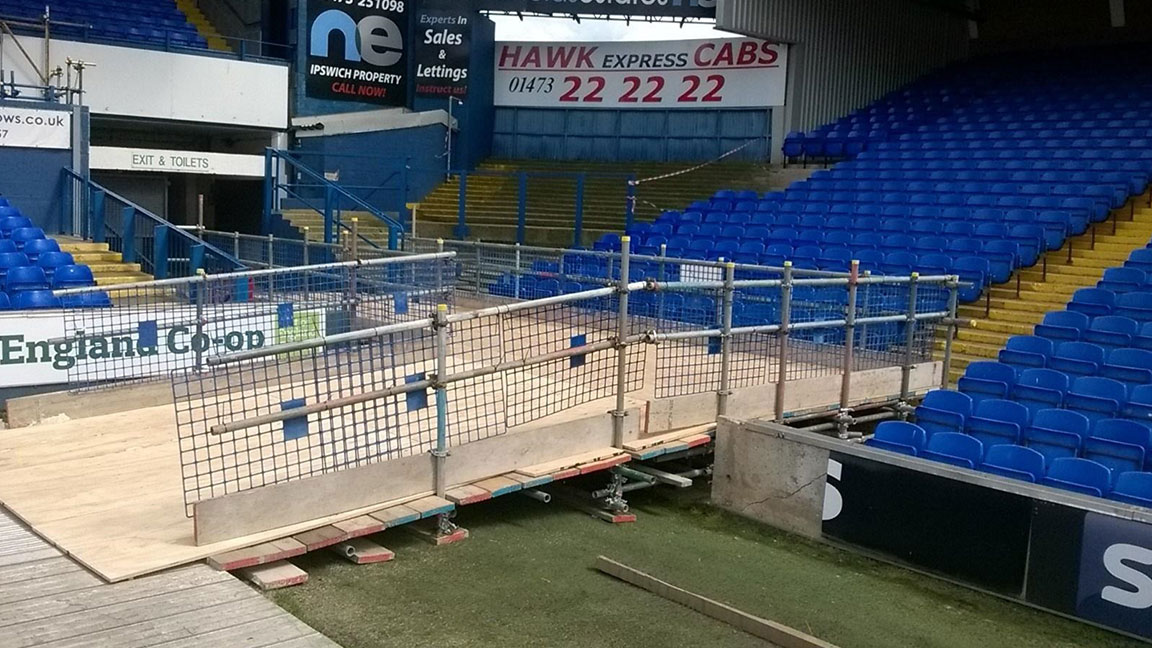 We have a great relationship with Ipswich Town Football Club, working with them on a yearly basis. Our scaffolders come in and do inspections for the scaffolding they have erected and we’ve also done scaffolding work for them in the past at their football ground for repair work.

Because of our good experiences working together in the past, they knew we were the scaffolding company to use for their upcoming Elton John concert, as part of his Wonderful Crazy Night tour in June 2017.

If you’re an Elton John fan you might know that Elton hasn’t performed in Ipswich since 2004, so this was going to be a big night and they needed a scaffolding company they could trust.

They asked us to install a “tube and fitting” ramp to allow their forklift easy access the pitch. The ramp would then allow them to carry the materials to build the stage where Elton would be performing.

We successfully installed the ramp over a 3-day period, including a full day of our scaffolding team being on standby to ensure there were no issues with the forklift using the ramp.

Both the scaffolding project and the concert were a huge success, with Ipswich Town Football Club providing a great night’s entertainment on the 17th June 2017 to the thousands in attendance.

We then promptly dismantled the ramp the following Monday after the concert had taken place to allow Ipswich Town Football Club to return to using their stadium as the team’s football pitch.