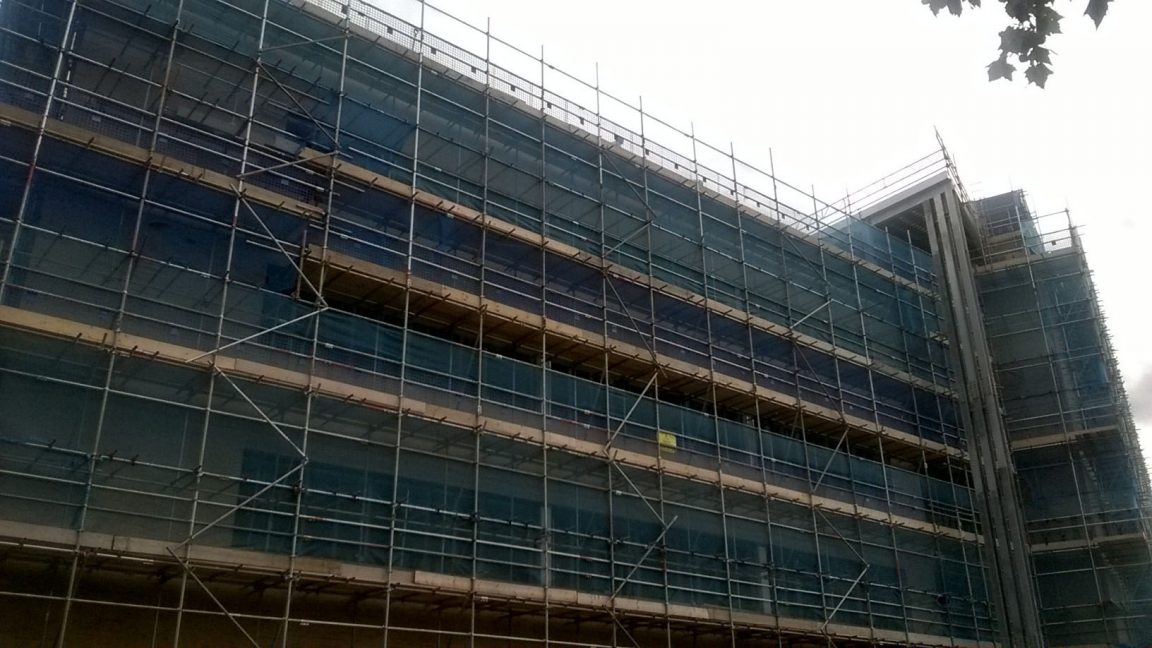 When a top 100 UK law firm decided to build a large headquarters in Ipswich it appointed SEH French Limited to complete the construction.

After a competitive tender in 2016, tbf Scaffolding was recognised as the best fit for the work and was appointed to provide scaffold to the prestigious project.

Between February and August 2017, eight scaffolders completed 10 lifts of scaffolding taking it to the roofline of the building. In some areas, a further three more lifts are needed to enable the project’s completion.

Given the building has a perimeter of 200m the project equates to delivery and erection of more then 2,500m of scaffold.

PREV
Get a Free Quote