Teeing up at Martello Tower 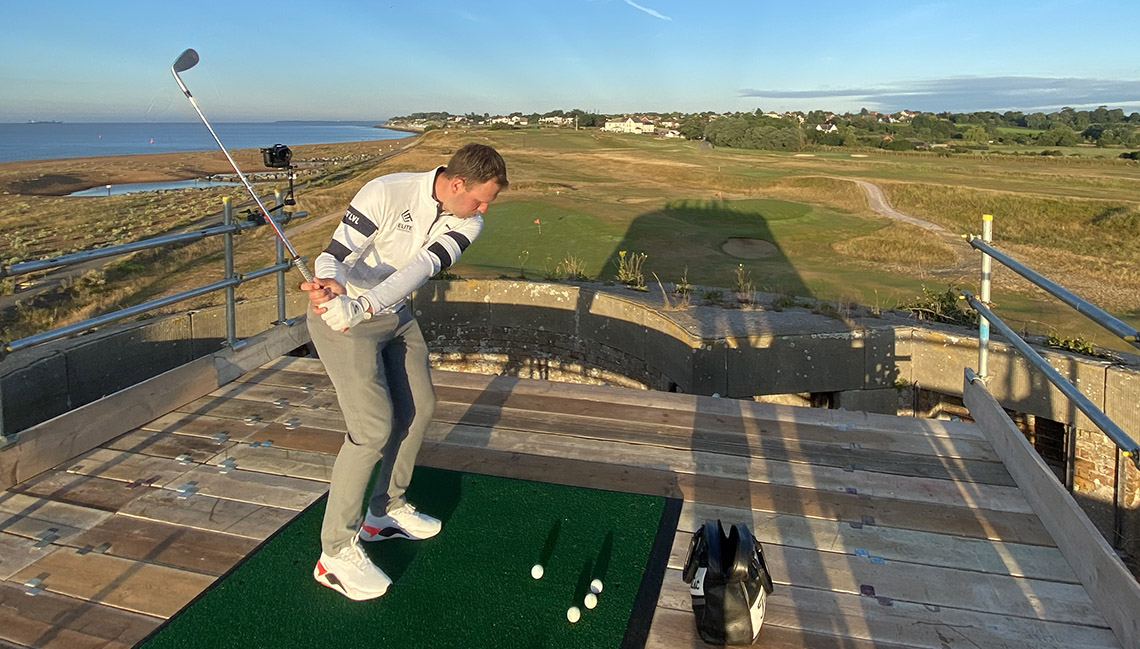 tbf Scaffolding built a platform on a historic fortification. It will be used as a unique teeing area during Felixstowe Ferry Golf Club’s upcoming charity event.

Felixstowe Ferry GC arranged the scaffold structure as part of its upcoming Martello Tower Challenge, during which the platform will allow club members to hit golf balls from the top of the tower to the course’s 17th and 13th greens. The sweeping drone footage is impressive (see embedded tweet ), but the project is more than just a spectacle – the Martello Tower Challenge will raise money for Prostate Cancer UK and East Anglian Air Ambulance.

The Martello Tower Challenge will be part of the Club Captains Day on Saturday 20 August.

Participating members will try for the Hole in One and Nearest the Pin from the top of Martello Tower to the 13th green; Beat the Pro, from the tower to the 17th green; and several other challenges elsewhere on the course. Prizes are sponsored by local businesses, and money raised will go to charity.

Felixstowe Ferry GC’s 18-hole Martello Course, established in 1880, is among the oldest in England. It’s one of only 246 true links courses in the world – and the only one in Suffolk. The course sits right on the Suffolk coast, enjoying views of the sea and the Deben estuary.

What are Martello towers?

Between 1804 and 1812, Britain built a chain of fortified towers along the east and south coasts of England; as well as the coasts of Ireland, Jersey and Guernsey.

Inspired by the Genoese Torra di Mortella in Corsica, the towers were part of the British defence against potential French invasion, as Napolean Bonaparte’s ambitions became increasingly imperial. Although the Martello towers never had to contend with the French navy, they proved a valuable resource in the fight against smugglers. Many of them – including “Tower T”, on Felixstowe Ferry Golf Course – were used again by the military during WWI and WWII.

Eight Martello towers were built on the Felixstowe peninsula, of which five remain.

NEXT
Get a Free Quote